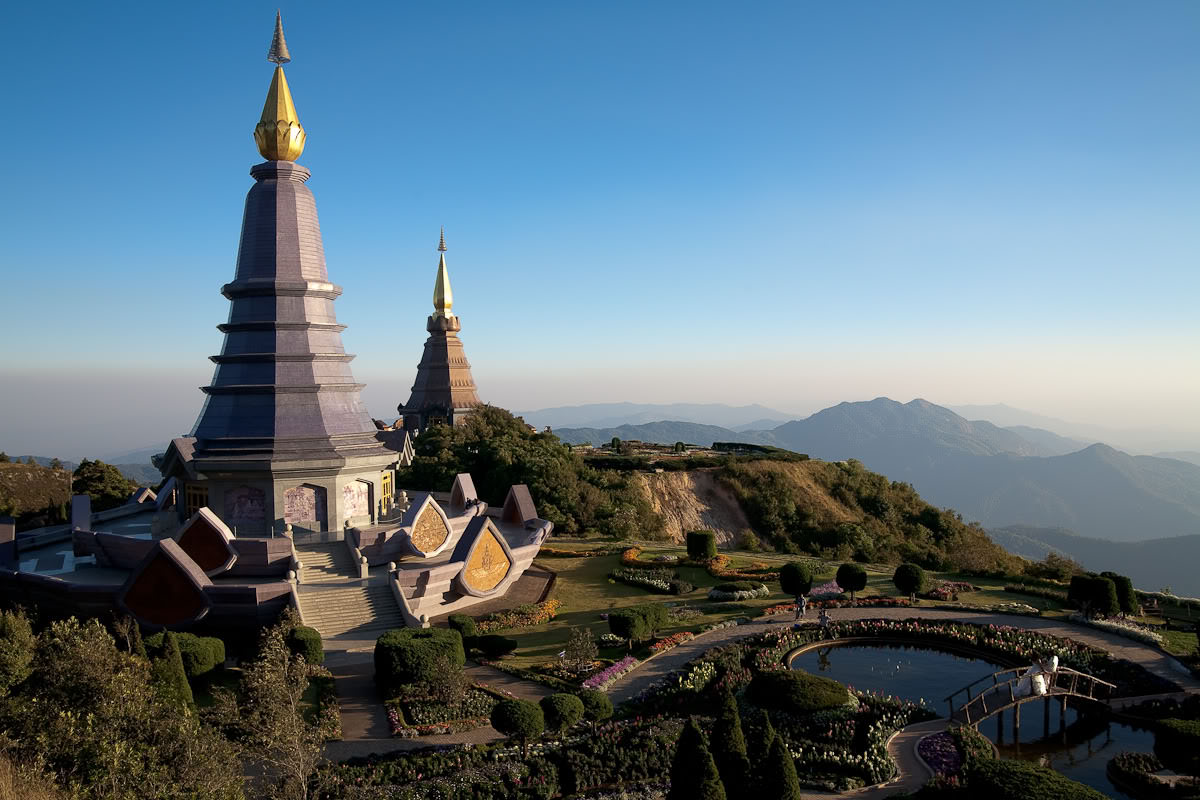 Seven hundred kilometres northwest of Bangkok and just over 300 metres above sea level, Chiang Mai sits along the Mae Ping River, a tributary of the Chao Praya River that flows through Bangkok.

Chiang Mai, meaning “new city” in Thai, was founded by King Mangrai in 1296, succeeding Chiang Rai as the capital of the Lanna Kingdom, or literally “Kingdom of a Million Fields.”

Lanna was a prosperous trading centre on the route from Yunnan in the south of China to the Burmese coast and the Gulf of Martaban. The Kingdom was also renowned for its scholars and craftsmen. A city wall was built to protect it from invading Burmese who nonetheless managed to occupy the royal capital in 1558. Chiang Mai formally became part of the Thai Kingdom in 1774 when King Taksin captured this prize back from the Burmese. As the unofficial capital of the north of Thailand, Chiang Mai remains a close second in national importance to Bangkok.